For the last 20+ years working as astronomer and only recently as data scientist I have always experienced challenges at work that are closely connected to being, most of the times, the only woman on a specific working environment. I am, by nature, a very outspoken person. I am 1.85 meters tall, so is actually hard to miss seeing me. I speak loud and articulatedly. However, I encounter many times that I am not being heard. My name is not being learned as fast as the names of my male peers. My ideas are not being acknowledged as much as the ideas of others, or my ideas are being acknowledged under the name of another peer. When you are smart and you want to contribute it can be very challenging to work under these circumstances. It can be very frustrating, and it is certainly very unfair.

The challenges and corresponding solutions strongly depend on the environment and the specific situation you are in. Along my path as a scientist I have acquired many tools and mechanisms to cope with different situations. Next, you can find a list of them, with links and explanations. I hope they can benefit you, to stand stronger in your work and your every day. 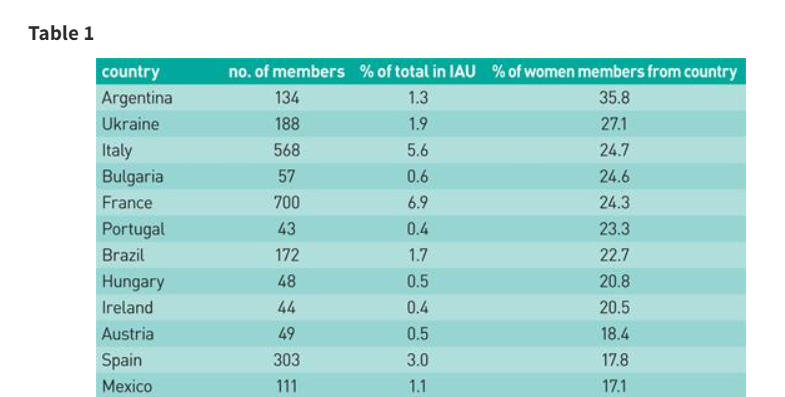 In 2010 I earned the privilege of doing a PhD in Germany. This was a gigantic step for me, as I was leaving home to find better opportunities. Only one year after my arrival to this well developed country, I would leave the "argentinian gender balance bubble" for good. During a review by the German state to assess if my group would have its funding renewed, I was surprised by two things. First, we had the chance to ask our boss whatever we wanted. My first question to him was to know how many students had applied to my position. The first part of his reply made me happy, as I got to know that many students applied to it. The second part of his reply made me kind of sad: I was finally chosen because I was a woman. This was the first time in my life I was facing "positive discrimination". The second situation was actually "funny", in a way that if one looks at it from outside it would be super ironic and a bit creepy. One of the researchers in charge of the review took me to a corner of the room (literally) where we were all having some snacks and drinks, and asked me if I ever felt harrased by a man. He was very tall, very German, and super close. I wanted to tell him "Yes, now, and by you", but I didn't do it. I was dealing with leaving my beautiful harrassment-free bubble.

Since then, some years passed by. I grew in experience and I learned how to deal with the system so that it affects me as little as possible, both personally and professionally. I am still learning, a little every day. In Denmark, things appear to be as tricky as in Germany. In the public sector, specifically at the Department of Physics and Astronomy where I used to work, only two permanent staff members are females (as of 2022). The private sector performs equally. In Grundfos I am the only woman within my closest working circle, and one out of four below the umbrella of my manager, who has about 30+ employees under his care.